Welcome to the Seacoast Learning Center. We tutor dyslexic children on a one-on-one basis, twice a week, for 2 years for free. The tutoring is performed by dyslexia practitioners and trainees using Orton Gillingham clinical techniques. Our dyslexia practitioner certification training is free to in-clinic trainees. The Center also provides in-school training for school based dyslexia practitioners. Located in Rochester, NH, we service NH, southern ME, and northern MA.

Dyslexia, also known as a specific learning disability by schools, is an under reported disability. Dyslexia is an inheritable, neurological, condition that affects your language acquisition, processing, and decoding abilities. Up to 20% of the population in the US has a learning disorder and 80% of these people, many of them children, are afflicted to varying degrees with reading disorders that qualify as dyslexia according to a NIH (National Institutes of Health) estimate. Dyslexia is a disability in learning, not in intelligence, and afflicts girls and boys nearly equally. Children with dyslexia are typically highly creative, intuitive, and are excellent hands on learners. Dyslexia is a lifelong, incurable, condition. With early detection and treatment children with dyslexia can still learn and succeed academically.

Characteristics of the Orton-Gillingham Approach

The teacher always seeks to understand how an individual learns and to devise appropriate teaching strategies. Each lesson is planned for a particular student. Infinitely adaptable, Orton-Gillingham is flexible; it is an approach rather than a system.

The instructor presents the material in direct and explicit fashion. Never is the student expected to know anything that has not been taught and practiced.

The Orton-Gillingham approach is based on a technique of studying and teaching language, understanding the nature of human language, the mechanisms involved in learning, and the language learning process in individuals.

The Orton-Gillingham approach is multisensory. Sessions are action-oriented with auditory, visual, and kinesthetic elements reinforcing each other for optimal learning. Spelling is taught simultaneously with reading. In this respect, Orton-Gillingham differs from traditional phonics instruction.

STRUCTURED, SEQUENTIAL, AND CUMULATIVE, BUT FLEXIBLE

Students learn about the history of the language and study the many generalizations and rules which govern its structure. Again and again, they are encouraged to think, rather that to guess.

Does My Child Have Dyslexia?

When a child struggles with reading, writing, spelling, and sometimes even speaking, it is possible that the problem is due to dyslexia. This does not necessarily mean that a child displaying them has dyslexia. However, if a child continues to display difficulty over time in the areas listed below, testing for dyslexia should be considered.

I Think My Child Has Dyslexia. What Do I Do?

A formal evaluation by trained professionals must be conducted to diagnose dyslexia.Testing can be conducted by schools and professionals trained in the assessment ofintellectual functioning. The International Dyslexia Association provides resources tofind a trained professional in your area. If you think your child may have dyslexia wecan help. Please contact the Seacoast Learning Center Director for more informationor download our student application packet and apply today.

GET A DIAGNOSIS
APPLY TODAY

The Seacoast Learning Center relies on fund raising, grants, and donations in addition to the financial support provided to us by the Scottish Rite Masons (Northern Masonic Jurisdiction) to fund the free services we offer. For more information on how you may volunteer please contact us. For more information on our fund raising events please visit our special events page. To make a donation please visit our donations page.

The Seacoast Learning Center will conduct our annual 5K Run2Read road race fundraiser, rain or shine, on May 11th at the Rochester Ice Arena in Rochester, NH

The Seacoast Learning Center will be holding our annual “Casino Gaming Night” fundraisers throughout the year, taking place at the Ocean Gaming Casino located on Hampton Beach, NH.

The Seacoast Learning Center holds an annual Golf Tournament fund raiser in September. This is our most important fund raiser of the year. And you don’t have to play golf.

The Seacoast Learning Center will hold our graduation in May this year in Rochester, NH. More information will be available as the date gets closer.

What Students & Parents Are Saying 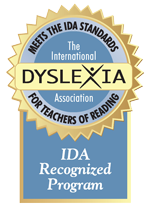 The Orton Gillingham training program is also recognized by the International Dyslexia Association (IDA) as meeting all of their Knowledge and Practice Standards.

These accreditations reflect the quality of training provided by the Children’s Dyslexia Centers, Inc. and demonstrates our program meets the highest standards in the field.

The Orton Gillingham training program is also recognized by the International Dyslexia Association (IDA) as meeting all of their Knowledge and Practice Standards.

These accreditations reflect the quality of training provided by the Children’s Dyslexia Centers, Inc. and demonstrates our program meets the highest standards in the field.

Thank you for contacting the Seacoast Learning Center. We'll get back to you as soon as we can!